I was introduced to the PI survey, now known as the PI Behavioral Assessment (BA), in 1995. I was a VPHR at a defense contractor, and a client of Roger Onorati, the first consultant hired by PI Midlantic founder, Steve Picarde, in 1990. Roger was a graduate of the Naval Academy (1961) here in Annapolis, Maryland, and a retired Captain having served on diesel submarines and commanded the warship USS Gray during his Navy career. I was fortunate to meet him when I did. He was instrumental in my decision to join PI Midlantic (Praendex Midlantic) in 1998. 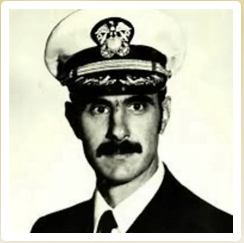 So, back to 1995! Like nearly all people that are new to understanding the four PI drives, eight basic descriptions of motivating needs and resultant behaviors, along with the mind-stretching 36 factor combinations, my tendency was to read the BA data at face value and “see” all kinds of behaviors in a BA that were not there. For example, during my first year utilizing PI data, we recruited, then hired a VP of Business Development. The individual we hired had the same BA profile as me, so I determined that he would be a very fine fellow, and given his experience, an excellent choice for us.

The short story is that he did not last six months, and was terminated. Was it a lack of knowledge, skills, ability and prior BD positions? No. Was his BA result not appropriate for the position? No. Actually, it was a good one: High A/Higher B/Lowest C/Cutback or Corporate hook D. So, what did him in?

It became evident within a month that our new VPBD was quite manipulative in his interactions with his peers, and quite dismissive and condescending towards those he deemed subordinate to him.

Recall that this was 1995, and the term emotional intelligence (EI) was just beginning to evolve with Daniel Goleman’s new book “Emotional Intelligence, Why It Can Matter More Than IQ”.

Immediately, I wondered if BA results would determine EQ. The short, and disappointing answer, at the time, was no. But I did observe that knowing a person’s BA does help us to better understand underlying behaviors that contribute to the EI of an individual. So, a BA result will add context and subtext to observed EI.

But, Bill, you might be thinking, knowing one’s BA result will add to self-awareness, motivation, social awareness, social skills, at least. True. But, recall that everyone’s BA result becomes fully formed around post-adolescence and remains quite consistent throughout her/his/their lifetime. Goleman stated that emotional intelligence is a skill that can be taught and cultivated. We can then infer that regardless of one’s BA result, EI will show itself in the context of that person’s BA not because of it.

As an example, we will be tempted to believe that High B’s, with their motivation to connect to others, which when successful, can lead to some level of empathy or caring for another person. But, the true measure of empathy – the ability to understand and share the feelings of another – ultimately lies within someone’s heart. And, Low B’s have hearts, too! They can feel anything a High B can feel; however, they are generally not as expressive in making that known. (See Susan Cain’s Ted Talk – https://www.youtube.com/watch?v=c0KYU2j0TM4  for a better understanding of Low-B people)

Goleman said there are three types of empathy: Cognitive, Emotional and Compassionate. So, it is possible that a High B, although wanting to make a connection to others, might want to make such a connection for devious or corrupt reasons. Or, if the High B’s attempts to make connections are unsuccessful, then what happens? Will the High B make an inquiry as to why the intended connection could not be made? “Is it something I said or did?” Or, will that High B be so offended by the rejection, and then seek to disparage the intended connection? Hmmm, rejection! It can hurt.

What about all of the other factors, whether High-Drives or Low?

The High-A might be engaging or thoughtful depending on where the B is located, but ultimately, will that High A welcome input from talented, smart people or state “My way or the highway!” or “Only I can solve the problems at hand!”

The Low-A wants to work within a cohesive team and contribute to the success of the team, but what will that person do if the team does not include that Low-A? Try to find out what obstacles are preventing inclusion or become angry and leave the team?

By now, you may be getting the point. All of the four BA Drives provide insight into how a person is motivated to behave, but the descriptors for motivating needs and resultant behaviors do not account for a person’s emotional state.

As I remind my clients on occasion, PI does not measure crazy!